Dumfries and Galloway's local independent cinemas including the Annan Lonsdale Cinema, The Robert Burns Centre and the Newton Stewart Cinema and those all over the country,  are re-opening their doors and welcoming cinema goers from today, Monday 17 May 2021 and over the coming weeks and months.

Matthew Aldworth from Newton Stewart Cinema said: "Newton Stewart Cinema would like to thank the Independent Cinema Recovery and Resilience Fund for supporting the Cinema through the pandemic. Without this funding we would not have been able to continue. We are now planning our new programme and look forward to reopening again soon. Details will be announced soon on our Facebook page : facebook.com/newtonstewartcinema."

* In accordance with Scottish Government guidance, Cinemas are able to reopen from Monday 17 May in all areas of Scotland except Moray, due to Moray remaining under level 3 restrictions: Coronavirus (COVID-19) protection levels: what you can do - gov.scot (www.gov.scot) [situation as of Thursday 13 May] 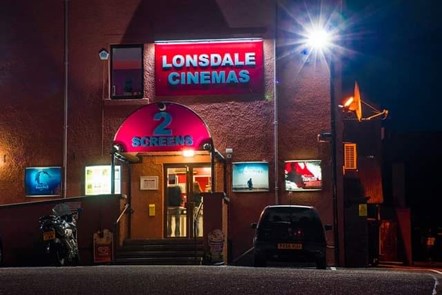