Interested production companies are invited to submit proposals via BBC Pitch by midnight on 7 January 2020.

Dani Carlaw, Head of Unscripted at Screen Scotland said: “This joint initiative offers Scotland based production companies a compelling opportunity to not only develop up returnable factual propositions that could go to series, but to supercharge already held relationships with BBC Scotland and BBC TWO. This is also a unique chance for newer indies to take the leap at getting vital relationships like these off the ground for the very first time.

David Harron, Commissioning Executive, Factual at BBC Scotland said: “This is a really exciting opportunity for the factual sector in Scotland to have a substantial series commissioned for BBC Scotland and BBC Two, with the aim of establishing a potentially returnable brand."

This initiative comes as BBC Two is working with all the UK nations to create a portfolio of 32 documentaries, with the potential for some to go to a second series.

Screen Scotland and BBC Scotland will contribute £7,500 each towards the total £15,000 budget for this initiative.

This initiative is the latest in a series of strategic partnerships between Screen Scotland and broadcasters which aim to develop and strengthen creative and producing talent based in Scotland by increasing the number of companies and projects securing investment from broadcasters: 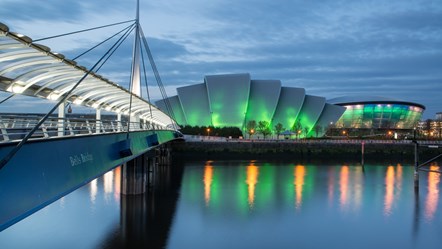