Registration is now open for Screen Fringe, the international delegate programme set up by Screen Scotland with the Edinburgh Festival Fringe, to discover, spotlight and connect theatre and comedy talent with film and TV makers from Scotland, the UK and beyond.

The Edinburgh Festival Fringe is an unparalleled showcase of new talent in theatre, comedy and multi-art performance, and a global meeting place for creatives. Every year it attracts 1,400 industry professionals and new voices are discovered, with the potential for crossover into film and TV well documented.

Following a successful pilot in 2019, the programme takes inspiration from the likes of Scottish director/writer Adura Onashile’s critically acclaimed short film Expensive Shit and writer Kieran Hurley’s debut feature film Beats, which both enjoyed successful Fringe runs before being picked up and reimagined for film.

Isabel Davis, Executive Director at Screen Scotland said: “The premise of our pilot in 2019 was simple: to make it easier for film and TV makers to unearth talent and stories unveiled at the Edinburgh Festival Fringe that could be ripe for development as film or TV.   It’s obvious usefulness to industry, after three more years of huge growth in high end TV production and viewing figures, is why we’re chomping at the bit to deliver a bigger version in 2022.   Partnering with the wonderful folk at the Fringe is a joy, an inspiration and often a revelation – performing arts, film and TV should talk more often!”

The Screen Fringe programme will support delegates from the film and TV sector with festival programme navigation, show curation and access to ticketing throughout August. There will also be a programme of additional activity during 15 – 22 August, including industry advice panels, networking and social events. Delegates will have access to a dedicated Screen Fringe Manager and Screen Fringe Assistant, to offer bespoke support and make the most of Fringe opportunities.

Shona McCarthy, Chief Executive Officer at Edinburgh Festival Fringe said: "I’m absolutely delighted that Screen Fringe is returning this year after a successful pilot in 2019. The Fringe is the biggest arts marketplace in the world: it’s where raw talent is spotted, new opportunities are created and important creative relationships are made.

“An important element of our work at the Fringe Society is helping to facilitate further opportunities for artists as a result of their run at the festival. For many, this means exploring the option of adapting their work for film and TV, and this partnership aims to support those who are looking to make that exciting step."

For additional information on the Screen Fringe Programme and to register as a delegate, please sign up for accreditation by visiting the Fringe Arts Industry webpage.

2. Screen Scotland is the national body that drives development of all aspects of Scotland’s film and TV industry, through funding and strategic support. Screen Scotland is part of Creative Scotland and delivers these services and support with funding from Scottish Government and The National Lottery   screen.scot / Twitter / Instagram. 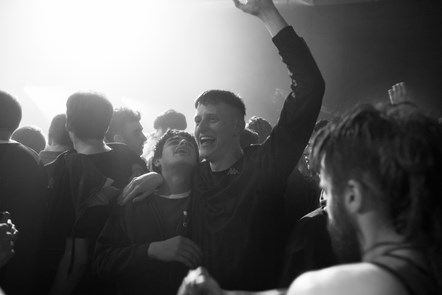