North East Community Cinemas Get Set To Roll Into Action

Four community groups across Aberdeenshire and Moray are among the 24 projects from the Orkney Isles to Galashiels, to have received support from The National Lottery through Screen Scotland’s Cinema Equipment Fund towards the purchase of new equipment to host accessible community cinema across Scotland.

In line with the Scottish Government’s latest Covid-19 guidance, all 24 projects can now begin plans to get up and running and welcoming audiences, as soon as they’re able, from Wednesday 15 July.

North East Arts Touring (NEAT) are set to update their mobile cinema equipment, which their network of Volunteer Promoters use to support sustainable community cinema screenings across the North East of Scotland. This funding will help NEAT to significantly increase the number of community cinema groups it supports and will widen access to cinema experiences in rural communities across Aberdeenshire, Moray and Angus.

Emyr Bell from North East Arts Touring said: "Our cinema scheme was launched in 2012 and was the first of its kind in Scotland. Some of the equipment is now starting to show its age and this funding will allow us to upgrade our equipment. This is such a sustainable model, meaning that a large number of communities can access cinema screenings with a handful of mobile cinema kits. We and our audiences really appreciate Creative Scotland’s ongoing support.” The Barn in Banchory will now upgrade to digital film projection and screening equipment to greatly enhance the viewing experience for cinema goers. This upgrade of equipment will also enable the venue to programme additional content for schools and communities including specialist events such as director’s Q&As and collaborations with renowned Film Festivals such as Glasgow Film Festival.

David Eastwood, Chairman of the Aboyne Arts and Theatre Development Group said: ”We are very grateful to Screen Scotland for this award as it will enable us to start a programme for the replacement of our equipment, some parts of which, such as the sound system, are now more than thirty years old.  When we are allowed to reopen, the award will enable us to continue to provide a high-quality cinema experience for the local community.  Encouraged by this award we are already thinking about our future programme!”

Commenting on their funding Universal Hall said: “The new sound equipment to be purchased from a grant from Creative Scotland is a clear step forward for our public cinema screenings. We are making the transition from a facility able to show older movies screened from DVD’s or Blu-Ray discs to a ‘first run’ cinema able to screen recent films via digital download. This new sound equipment will create surround sound in our auditorium - greatly improving the audio when screening modern films.”

Screen Scotland’s Jennifer Armitage said: “This round of awards concludes the year-long programme of capital investment in cultural and community cinemas in Scotland. When we launched the Cinema Equipment Fund last year, we had no idea what 2020 was going to bring but investing in the resilience of Scotland’s film exhibition sector is more important than ever. When Scotland’s cinemas reopen, they will be able to offer high quality experiences, with varied programmes, and within local communities.”

Culture Secretary Fiona Hyslop said: “Cinema is a way of bringing people together, sharing our communities’ experience with others and increasing public understanding on a wide range of social issues and historical events.

“Now more than ever, it is important we support cultural organisations in communities across the country. This round of the Cinema Equipment Fund shows how we support and strengthen cinema throughout Scotland with new high-quality equipment.”

Total amount awarded through this round of the Cinema Equipment Fund is: £491,285

The UK Cinema Association has published guidance to support cinemas to reopen safely.  This guidance can be found here: https://www.cinemauk.org.uk/coronavirus-covid-19/guidance-for-cinemas/

According to Scottish Government guidance cinemas in Scotland will be able to reopen from 15th July, however these are indicative dates with confirmation subject to relevant evidence reviews and phase criteria being met. Full details can be found here: https://www.gov.scot/publications/coronavirus-covid-19-framework-decision-making-scotlands-route-map-through-out-crisis-phase-2-update/

4. Screen Scotland is the dedicated partnership for screen in Scotland. Sitting within Creative Scotland, it is a partnership with Scottish Enterprise, Highlands and Islands Enterprise, Skills Development Scotland, Scottish Funding Council, working in close collaboration with the sector to ensure its success. With funding from Scottish Government and The National Lottery, Screen Scotland is driving the cultural, social and economic development of all aspects of the sector in Scotland, through enhanced funding, services and support. For further information please visit: screen.scot, follow @screenscots on twitter and @screenscots on instagram.

The National Lottery has raised more than £41 billion for more than 565,000 good causes across the UK since 1994. Thanks to National Lottery players, up to £600 million has been made available to support people, projects and communities throughout the UK during the Coronavirus crisis. 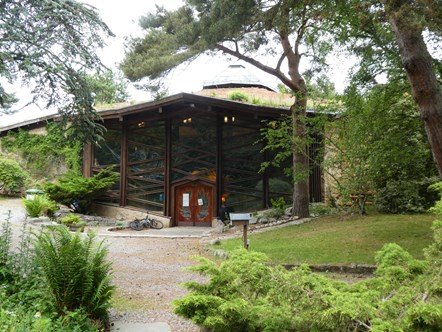